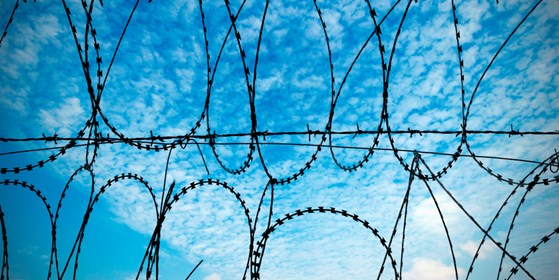 These questions, among others, will be explored via long term fieldwork within the context of a PhD project. Data sources will include ex-prisoners, prisoner autobiographies, the results of surveys conducted by political prisoners’ organisations, NGO reports and so on. Observations, conversations and interviews will be used to create data about experiences that both describes first-person perspectives and illuminates the social and societal factors that affect how everyday life in or after prison is experienced (for example, group affiliation, religious or ideological beliefs, cultural traditions). Care will be taken not to focus exclusively on the experience of political prisoners, though these are clearly a vital focus group with a uniquely relevant perspective. But the experiences of prisoners or ex-prisoners who do not identify as political prisoners is also important to understanding the relationship between state and subject as mediated by the experience of imprisonment.

By ‘technological interventions’ we mean the very concrete material manifestations of policy intentions that resourceful stakeholders roll-out to reach certain practical ends. Such technologies are often posited as potential ‘game-changers’ aiming to facilitate more effective, modern and ordered practices. Focus will be on small-scale or ‘everyday technologies’, which institutional actors use in their daily work as prison managers and guards or as part of their life as detainees. Our perspective is user-based and people-oriented. We want to understand what happens when such ‘everyday technologies’ are introduced in prisons. What happens, for instance, when new prisoner classification systems and their bureaucratic manifestations in forms, tables, ranks etc. are adopted? Or what happens when the detainees’ straw mats are exchanged with bunk beds, when ropes are replaced by hand cuffs or when toilets are installed to phase out latrines and night buckets?

Data sources will include prison contractors, implementers, managers, plans, blueprints and historical accounts of technological innovations as well as the views and perspectives of representatives of reform agencies involved in technological intervention projects.

This dimension of the project involves examining policies, public statements, and debates about prisons and criminal justice in order to illuminate state perspectives on detention. Particular attention will be paid to the intersection between global and local agendas and the way the reconfiguring state-subject relationship is evidenced through the politics of detention. There will be a concern to decipher the degree to which politics around detention reveal and reflect genuine desires to change and how such intentions are received or resisted by stakeholders.

We understand politics as being about the distribution of power, about forms and practices of governance and authority, about competition over claims to legitimacy, about the reconfiguration of power dynamics and relationships. And about (varying degrees of) participation and voice.

Imprisonment is a gesture of social control. Prisons are one means through which society is organised and differentiated, an extension of law and morality. Given that the prison is a site and practice that illustrates the relationship between state and subject it is a fundamentally political site and practice. Paying specific attention to the politics of detention promises to illuminate changing articulations of state power in Myanmar. It may even cast light on the conditions under which ‘political will’ manifests itself.

Data sources will include debates and controversies, policies, legislation, news reports, committees, and various stakeholders, for example, ex-prisoners (especially those who became politicians), ex-prison staff, representatives of prison management etc. Work on this dimension will likely take the form of political ethnography.