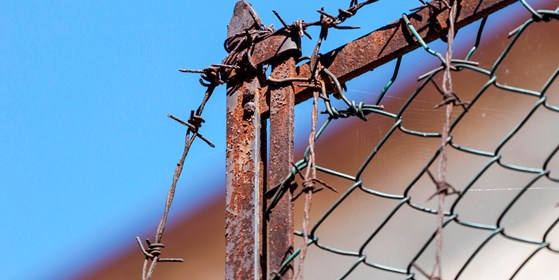 At a time when the harsh military regime in Myanmar has given way to a more democratically-oriented regime, DIGNITY researcher Liv S. Gaborit will be one of the first to start examining the historical and contemporary practices of imprisonment in Myanmar.

“Only in recent years, has Myanmar opened up to the international community. Previously it hasn’t been possible to conduct research on the country’s prisons. Today a political space has opened up, making it possible and I am proud to be among the first researchers to set out to develop the knowledge needed for us to understand and improve conditions in Myanmar’s prisons,” says Liv S. Gaborit.

The text below is a blog post Liv S. Gaborit has published through the Border Criminologies network, an international network of researchers and practitioners based at the Centre for Criminology at the University of Oxford. Original blog post

Legacies of Detention in Myanmar

Myanmar, formerly Burma, is notorious for its harsh military regime and famous for Aung Sang Sui Kyi, Nobel Peace Prize winner and the country’s new leader who has been fighting for democratic reforms for decades. These two elements, contradictory as they are, exemplify the history and present of Myanmar. Historically, the country has been ruled by authoritarian regimes, be it foreign colonial or national. In recent times, the country has taken important steps towards democracy, though not democracy typical of the west, but an Asian version described in the constitution as ‘disciplined democracy.’ Several national elections have taken place, the latest one being the presidential election in 2015, leading to the accession of the new government last April. The new government is the first to be led by the former opposition party National League for Democracy and as such this election represents a pivotal moment for the history and future of Myanmar. Although the opposition has gained power in the formal democracy, traces of previous authoritarian regimes remain. This is exemplified by the constitution forbidding the formal leader of the winning party, Aung Sang Sui Kyi, from taking seat as president, the allocation of 25% of the seats in parliament for military representatives, and three ministries (i.e., Defence, Home Affairs, and Border Affairs) controlled by the military.

A political space has opened in Myanmar and changes are taking place. It’s in this context a new research programme called Legacies of Detention in Myanmar was launched, which seeks to document the changes as they occur by studying the relations between state and citizen as illustrated by the relations between prison and prisoner. The research programme explores the historical and contemporary role of detention in Myanmar and its significance for the reconfiguration of state and society. Through the concept of ‘legacy,’ the programme seeks to capture the persistence and mutation of practices of detention as they affect individuals, institutions, state, and society.

The programme is based at DIGNITY – Danish Institute Against Torture headed by Andrew M. Jefferson and includes a PhD project by myself, a postdoctoral fellowship by Tomas M. Martin, and a partnership with the Department of Law at University of Yangon and the network for human rights lawyers called Justice for All. The programme will approach legacies by studying three dimensions―experiences, technologies, and politics of detention―to explain the ambiguous and contested nature of detention practices and efforts to reform them, and aims to offer insights to policy-makers committed to supporting nascent moves toward rule of law and the realization of democracy and human rights.

Within this broader programme, my PhD project will focus on the dimension of experiences.  I aim to explore how experiences vary depending on what group a prisoner belongs to (ethnic or political), what point of history and thus under what political regime the detainment took place, and what kind of facility detention took place in (e.g., prison, labour camp, or IDP camp). In this study, experiences of different political and ethnic groups subjected to detention will be used to trace patterns of mutating and persistent detention legacies, and explore how different penal practices cause different processes of subjectification. By tracing patterns of prisoners’ individual experiences, the study will be able to explore how different techniques of governance are applied to and experienced by subjects of the state through a phenomenological approach. The study also aims to contribute to understanding  how prisons change, thereby creating important knowledge for prison reform work in Myanmar as well as in other countries.

The project will explore issues such as relations and identity of the more than 136 different ethnic groups in the country to study the connection between state and citizens through documenting experiences of detention practices. Some of these groups engage in armed struggle to free themselves from the influence of the state and the state has responded by seeking control over its territory and population through military operations and policies seeking to create a shared national identity, as evident in, for example, the presidential speeches of former president Thein Sein. This places the study in a melting pot filled with concerns for nationalism, ethnic identity, natural resources, and political influence, in which political imprisonment, deprivation of the freedom of movement, and the creation of IDP camps become part of the conflicts.

The study will apply field based ethnographic methodology inspired by action research. To conduct fieldwork in prisons in Myanmar is to endeavour into a complicated setting for fieldwork filled with sensitive issues. At the moment, access to prisons in the country is very limited. Some of the few actors that have access are family members, lawyers, and the ICRC, whom have recently regained their access to conduct monitoring visits after a fall out with the government in 2012. Researchers or NGOs offering service delivery have so far not been granted access to prisons. The prisons will therefore be approached incrementally, starting with indirect studies of the prisons through fieldwork with ex-prisoners and then slowly approaching the actual prisons. Many prisoners have been released on amnesties, both historically and in connection to the recent election. Despite ex-prisoners’ first-hand knowledge of how the state can act to stifle opposition, they are among the most outspoken critics of the continued use of detention to close down political space.

It’s with great excitement that I venture in to this new project and I hope you will follow and contribute to discussions as the project progresses. Updates will be posted on this blog as fieldwork progresses.