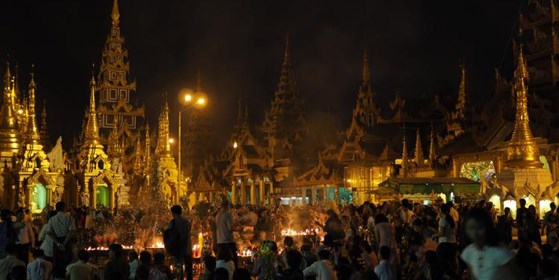 Since October of 2016 I have been living in Myanmar doing fieldwork for my PhD on experiences of imprisonment. This particular fieldwork experience is different for me, as it is the first time I am doing prison research without access to the prisons themselves. Developments in the country over the past few years have opened a political space in which prison research is possible, though access to penal institutions is still difficult to attain. We expect that our long term engagement in Myanmar via our project Legacies of Detention in Myanmar, will open these sites to researchers in the future. For now, however, I am working from the outside with several organized groups of former political prisoners (e.g., Assistance Association for Political Prisoners and Former Political Prisoners Society) and other NGOs that engage with former prisoners.

One of the organisations engaging directly with the prisons is a local meditation centre in Yangon practising the tradition of Vipassana. This centre coordinates 10-day Vipassana retreats for prisoners inside the notorious Insein Prison in Yangon. Several of the former prisoners I have talked to have participated in these retreats and still come to the meditation centre, following their release. I engaged with the centre and talked to some of the teachers to get to know more about their work with prisoners. Although the teachers willingly told me about their courses, they emphasised that the only way to understand Vipassana was through first-hand experience. After some consideration, I decided to join a retreat at the meditation centre myself. 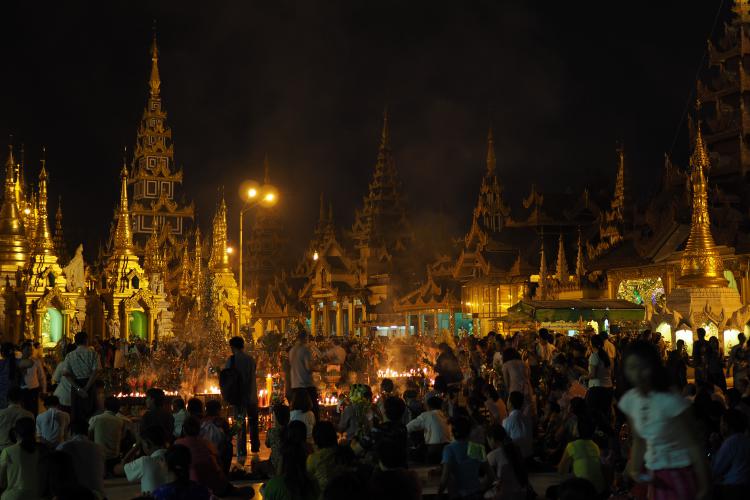 Personally, I have some experience with meditation and have been on two similar retreats before, though none as restrictive as this one. However, considering my past experiences, I felt relatively comfortable that I would be able to stick to this stricter regime, which demanded rising at 4am, meditating for more than 10 hours a day, and staying in silence for 9 of the 10 days. My main frustration as a researcher, was that the regime did not allow writing, so I was unable to record field notes in situ.

For the first couple of days, my thoughts focused on how the experience was useful for my work. I considered the differences and similarities of my voluntary confinement within the compound of the meditation centre to the confinement experienced by prisoners. I thought about how this situation – which for me was full of deprivations – from talking, writing, eating meat and moving outside the compound – might be an experience of increased privileges for many prisoners –  better food, more space, and freedom from working and attending to other people’s needs.

The first three days we did Samadhi meditations to prepare our concentration for what would come next. As expected, my mind wandered. During the first couple of days, as my thoughts wandered, I mentally drafted this blogpost and began to reflect on the interviews I had already conducted with former political prisoners. During the subsequent couple of days, I forgot this mental draft altogether as I couldn’t write it down. Slowly, thoughts about work subsided and I could focus on my experience in that particular moment. As I did, my role as tool for the research changed. Before, when I approached the field as a curious newcomer, I would use myself as a tool by being conscious of body language, adapting to local customs, when sometimes sharing carefully selected personal experiences or knowledge from previous work and when I recorded down my emotional reactions in fieldnotes. I did all these things to encourage trust building and enhance my understanding of the people I talked to. Now, I was not only a tool for the research by performing the role of the ethnographer, I was looking inwards to experience – on my own mind and body – what prisoners go through when they attend the Vipassana retreat inside prison. My position changed, from being a curious newcomer before the retreat, to a full participant during the retreat, and finally, after the retreat, to a newcomer with an improved understanding of the field in which I was engaged. And so, the emphasis as participant and observer dynamically fluctuated as I did participant observation.

The main technique used in this kind of Vipassana utilizes continuous and repeated bodyscans. As I scanned through my body, tensions, memories, and feelings came to mind. One by one I lived through them and let them go. I spent seven of the ten days struggling with a psychosomatic pain in my left shoulder. Every time I sat down for meditation, the pain arose, every time the bell rang, it evaporated. Finally, when the teacher asked if I was facing any challenges, I managed to say I was struggling with pain in my shoulder. As the sentence left my lips, I began to cry. The teacher told me to keep trying and I would succeed – which was her answer to most questions – and otherwise she did not dwell on this pain. It felt strange to me, not to engage in a conversation about it and to only receive this somewhat distant support. I would have to face the pain myself. I was unable to stop the tears from falling, so as I sat down for meditation again I was still crying. I sat there curled up with my arms around my knees crying silently for around an hour before the feelings of sadness subsided, and I was able to start meditating again. When I did, the tension in my shoulder disappeared together with the pain.

I have experienced strong emotions in connection with fieldwork before, but they have always been a reaction to the encounter with the field. This was the first time fieldwork caused such strong emotions to arise based on introspection alone. These feelings were not connected to encounters in the field, the tragic situation of some of the people I had talked to, or the traumatic experiences they had gone through. These emotions were result of my own personal experiences long before I went on fieldwork. Through systematic introspection, I had brought my inner self into my fieldwork to a much larger extent than ever before. 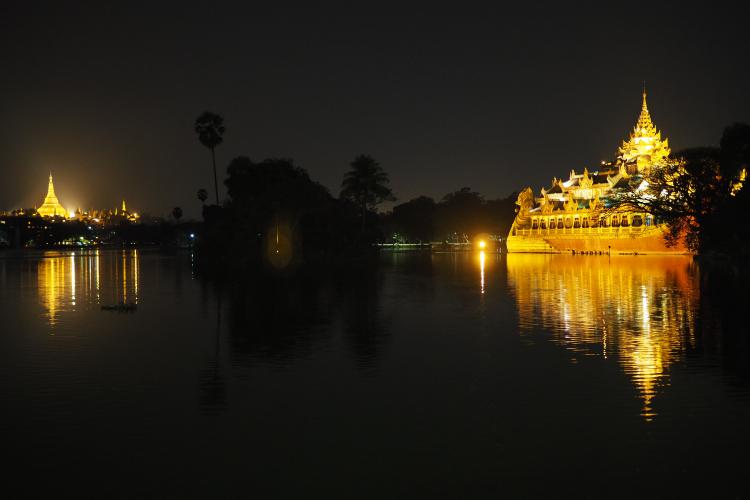 Shwedagon Pagoda seen from Kandawgyi – a strong reminder of the role of Buddhism in Burmese culture, visible from most places in Yangon (Photo: Liv Gaborit)

How is this personal experience of vulnerability relevant for my research? My inner world is not the place to look for truths about experiences of imprisonment in Myanmar. By doing this retreat however, I reached a new level of understanding of what former prisoners had already told me. I began to see more nuances in what I had read and heard about meditation in the prisons here. Rather than finding answers, I left the retreat with my mind full of new and more qualified questions about the experiences of imprisonment. New questions were raised about how some find comfort and strength in the solitude of solitary confinement while others feel the strain of it. Questions about the role of Buddhism for experiences of imprisonment; about experiences of the self and others; about perceptions of other prisoners and prison guards; the list goes on.

I had tried to reach an understanding of the role of meditation in prisons by talking with former prisoners about how they practiced it and how it helped them. I had talked to teachers and read research and the philosophy behind Vipassana meditation taught inside the prisons. But my level of understanding reached a new depth as I engaged myself in the same experience. While everyone goes through unique experiences in Vipassana, as well as in prison, having lived through the retreat I was offered a new and invaluable vantage point from which to understand the experiences that prisoners may have gone through.